Lilly and I spent the last three days 30 miles from San Diego at the not so fabulous Carlsbad by Sea "Resort" in Carlsbad, CA. We had two fun filled days at Legoland. It was a good time for Lilly/Mommy bonding. We rode rides, stood in lines, paid $3 Million dollars for a bag of chips and a fruit plate and learned to "drive" a boat.
Just a few miles away from us, there was a conference being held at the San Diego Marriott. It was the famous blogHer conference known to the blogging women and men around the world. It is a chance for many to meet everyone they "know" from twitter and the blogging universe. I couldn't help wonder as I watched the twitter feeds from #blogher11 each night if I was missing out on something grand. In some ways, I was. But in most, I wasn't. I had the privilege of spending almost four days alone with my Lilly. It wasn't all magical in my eyes, but in hers, it was an experience of a six year old's lifetime. I have to remember that.
Lilly was eaten by a shark... 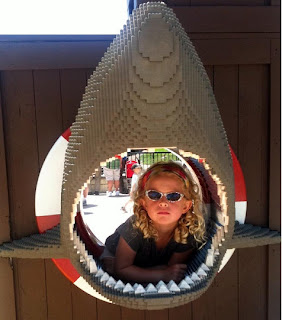 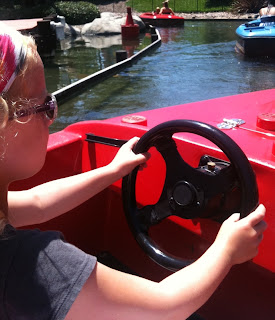 She learned to drive a boat...
She hung out near the L... 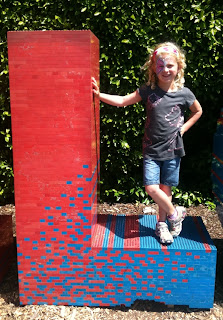 ﻿
But most importantly, she hung out with me. We had a great time. An interesting experience. We are learning how to be with eachother as a mom and a young lady.
Since I arrived back in the AO (area of operation for those not schooled in army brat talk), I was met with some devestating news. Once again, this is not my story to share. However, most of my readers know the story. We are in battle mode around here. We are fighting for a life and we will be victorious. I have said it, and I say it again. Failure is not an option! 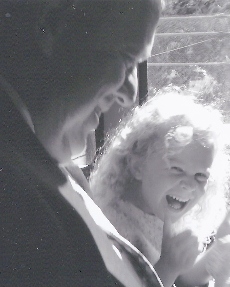 We are ready for battle, and battle we will. Love you!

You are right - failure is not an option! What rich days for you and Lilly - lucky girl and very lucky mom!