We are in the midst of chaos here at the happymommy house. Moving van arrives tomorrow so things should somewhat settle down. For now, here are some pictures... 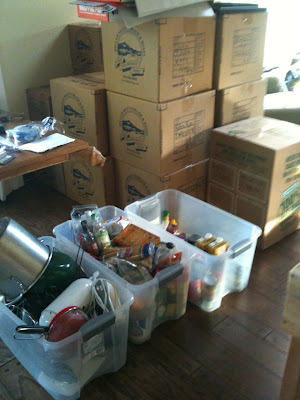 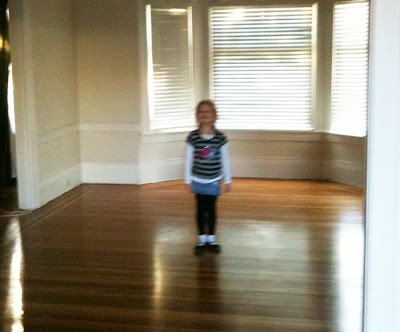 I managed to get our truck stuck in the garage the first day. 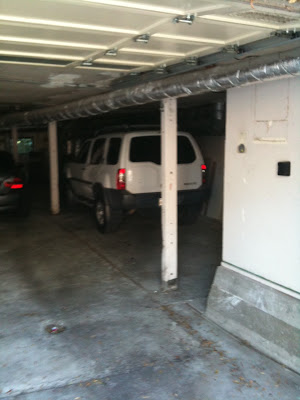 Jeff had to come rescue me.  He was reminded instantly of Austin Powers.
I dare you to look at the link and imagine (if you know me in real life) it.
Wasn't funny at the time, but sure is now!
happymommy
Posted by HappyRachael at 4:14 PM 2 comments:

Labels: can do a three point turn, can't park, chaos, Clever Girls, moving, not so much fun

Two funerals and no wedding...

I have attended two funerals in the last two weeks or so.  The death of a loved one or a friend is very sad, and even though we treat deaths as celebrations of life, it doesn't make it any easier.
Today, I said goodbye to a young man whom I got to know over the last year.  He was part of a committee I had the honor of serving on last year.  He was only 42.  There was standing room only at his service, and through the tears and laughs, it was clear that this young man was a special one.  He loved his family, his life, his church and his work.  He mentored young men at his alumnae and when times got tough for those young men, he would tutor them to help them stay in school.  It was obvious looking at the people surrounding me that he was loved.  A true inspiration.
Life is fleeting and treating today as your last one may not be practical or even do-able.  But what is possible,  is occassionaly looking around and saying, you know what, I may not be doing everything I need to be doing to make this my best life.  I am doing that today, are you?
happymommy

And because this is a sad, meant to be inspirational post, I am posting two pictures here that I hope make you smile.  (They are recycled, and you have seen them before, but they are awesome none the less!)

Posted by HappyRachael at 3:57 PM 3 comments:

Today our country observes Martin Luther King, Jr.'s birthday.  The changes he made in our country and in our lives are immeasurable.  He should be honored with pride and grace during a time when our country continues to divide itself based on color, creed and money.  We should take heed of his words today as much as we did in 1963.
Martin Luther King Jr.,
I Have A Dream Speech
The March on Washington
August 1963
In other non important to anyone but my little family,
Lilly learned to ride her bike today.
It was simply fabulous!
James took on the rad skate park!

We are in the midst of packing up twenty years of life into boxes and organzing ourselves for a move.  The fun, it is being had up n' here!
happymommy
Posted by HappyRachael at 7:39 PM 2 comments:

James and I went to Lilly's special music class today. 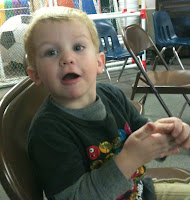 For about three minutes and then he totally misbehaved.
Lilly sang her little heart out! 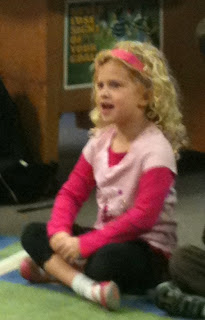 And then they all sang and danced!
It was fun to watch, even if James did lay on the floor screaming for his paci the last five minutes.  I am sure the other parents LOVED me today!
On another note, please look to your right.  At the top of the blog.  Do you see it?  I will be participating in the 3 Day walk for the cure in September.  I appreciate any support you can provide.  It doesn't have to be monetary, it can just be, "What in the world is she thinking?  She does know that she has to sleep outside.  IN A TENT.  FOR THREE DAYS after walking twenty miles each day."  That kind of support is fine too!
happymommy
Posted by HappyRachael at 6:40 PM 2 comments:

The happymommy household is about to undergo a major renovation.  This means moving COMPLETELY out of the house to another abode while walls are taken down and stairs restructured.  I have paid less attention to the plans of the house than most things in my life, but I understand it is going to be great!
I am worried about purging my house, reorganzing my day and letting go of all control.  I SHALL REMAIN CALM!  We will be a happy family!  There will be no stress.  My first world problem is nothing.  No one is sick with a deadly disease.  We have money to buy food.  The kids laugh often and loud.  I will need to reminded of this while we figure out what to do with most of our belongings when we are vagabonding across the Golden Gate Bridge.  Life could be far worse, and I appreciate that my life is so full of blessings, gifts and love.
Meanwhile.... 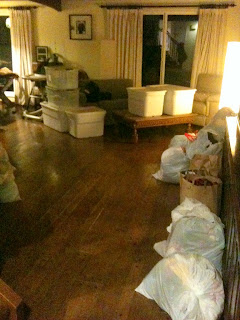 This is my living room....
happymommy
Posted by HappyRachael at 7:41 PM 2 comments:

I wasn't going to write about this past week until my cousin sent me a tweet asking me why.  Well, you know what, last week wasn't just about saying goodbye to my grandfather, it was about family.  It was about being there for the sadness and embracing each other through it all!
When I got the news about my papa dying, my first thought was relief.  He was finally hanging out with my grandma and maybe even enjoying a hot dog smothered in chili!  My second thought was I have to get to my mom.  She is a fully capable, wonderful woman, but I couldn't imagine her angst, sadness and uncertainty of the upcoming events.  I couldn't help, but I could be there.  For her.  That was my goal.
Along with my dad, my sister, my aunts, my uncles, my cousins and all the of the spouses we said goodbye to papa.  I won't go as far as to say it all went off without a hitch, but I will say this; for the most part, we are one AWESOME group of people!  We gathered around, sang songs, prayed and praised a wonderful man.  He deserved the accolades and the love and the many group hugs.  Papa will be missed, but he is happier now, in a great place and better off than he has been in years.
And on a side note, turns out if you put my dad, mom, sister and I in a car we are a traveling stand up comedy routine.  At one point, I think I was laughing so hard that my head was on the floorboard and my feet were kicking the door.  After my dad made his fifth "gee manedy" statement it was all I could do to control myself.  My poor mom was trying to mourn without giggling along the ol' southern highway.
After ALL of the saying goodbye with many many preachers and prayers and songs, my family did what we do best.  We celebrated a life and continued on... It's what papa would want.
My nieces said it best... 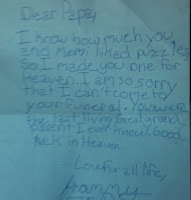 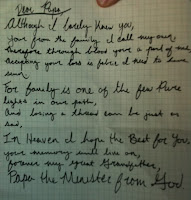 We all loved our papa but life goes on and the celebration of a long life and "going home" is what it is truly all about! 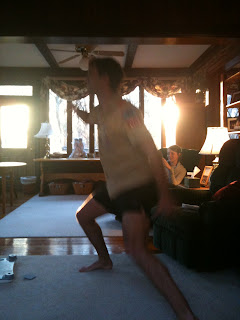 Please notice my late thirty something cousin in one of his brother's Boy Scout shirts.  We are so proud. 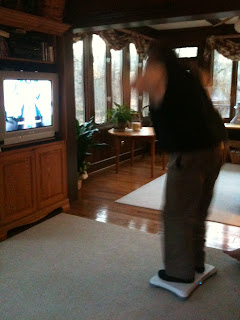 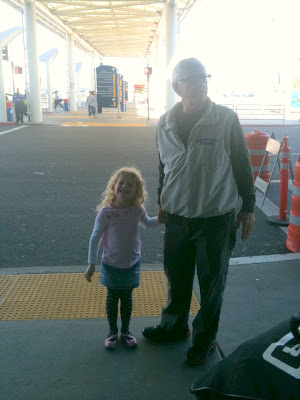 Life goes on, and we are all thankful it does.
happymommy


PS:  If I had a million dollars and a half, I would give my in-laws it all for putting up with us for a week and a half of sick and another week of me being gone.  They win the prize!  Not sure what it is, but they win it!
Posted by HappyRachael at 8:18 PM 3 comments: