The World of Celebrities...

I spent the day driving around in the rain again. This time it was to find a SuperTarget. Turns out we don't have any around here, even though I was convinced we did. We have a Target that has a grocery store, but it is called GreenLand, or something like that, just not SuperTarget. After driving around random streets and finding a quaint diner to feed James and myself, I finally just gave up and went to regular ol' Target. I love me some Target, but it was kind of a let down after looking forward to SUPERTARGET! Like wanting to meet Superman and instead meeting Clark. (LAME, I know!)

My life is so exciting. Last week Vegas, this week, Target. I actually like Target much better. So instead of reviewing every boring turn of my day, let's discuss the silly world known as celeberties. Just a few links to follow. Discuss amongst yourselves.
What does one say about Johnny Weir except he is FABULOUS!

Halle Barry and her partner, Gabriel Aubry appear to be moving to my next of the woods. Great, one more beautiful, skinny woman with money in my zip code.

Naomi Campbell has lost her ever loving mind. What is her problem? I find it absolutely ridiculous that this woman is out and about and we even care about her. She is a raving lunatic and doesn't deserve anymore attention or money.

Now, this is extra disturbing. Unfortunately, I think this is the beginning of many more headlines for Michael Jackson's children. What a sad state of affairs.

Now don't worry, I have read important news events, such as this, and this today. I am, if nothing else, well rounded.

On a much more serious note, the world has suffered another tragic earthquake where lives have been lost and people are suffering. Continue to remember those less fortunate and donate. People need money, prayers and thoughts and anything else you can give. For now, here is one foundation I found and researched that are beginning to send help to Chile. As I discover more, I will post the links. Money given to this organization will aid Chile, and Haiti. I am also posting the links to the Haiti Donation sites to remind you that they still need help. Anything you can give is a gift: a much needed gift. 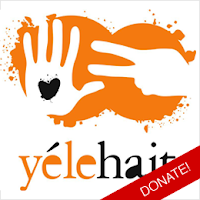 Posted by HappyRachael at 5:01 PM

Wow! These celebrities are too much. I agree - the Bay Area does
need 1 more big star with big bucks and star power! thanks for the info on Chile - I have been searching for a charity focused
on kids, food and clean water.
Great blog!